People are opening their minds to foods that have long been enjoyed in their respective international origins. Some food products have been pioneers in expanding the horizons of the snacking world. While you might not be jumping in to try snacks like roasted scorpions on a skewer, it’s possible or even probable by now that you have tried hummus.

Hummus is Found in Many Grocery Stores

While thirty years ago you might have had to get this chickpeas and tahini blend from a specialty or international foods store, hummus is now on the inventory in most stores that sell food. The general pairing is with some soft or crispy pita chips (three is company to add a bottle of Sauvignon Blanc if you ask me). Americans and the many places in the world accept hummus and chips on the table as a common snack of choice. Some of the more adventurous might be taking advantage of the hummus companies that offer it with a dollop of minced garlic, red peppers, even pesto.

The Taste is What Drives Consumers to Buy

How did a spread initially assumed to only be enjoyed by the health-conscious (or obsessed) population become so commonplace in America? Turns out it tastes good! How often is a snack the best of both worlds by being healthy and pleasing the senses? Fortunately healthy snacks with flavor are gaining momentum but for many hummus was that first “step on the moon”. Trying hummus meant to explore something totally new to them despite it having been around for considerably longer.Whether you like a soft slice of pita slathered up or a crispy baked pita chip that can scoop with confidence, hummus offers its recreational and health-conscious eaters the same positive benefits.

Earlier I mentioned the basic ingredients of hummus to be a blend of chickpeas and tahini; then of course everyone has their own additional hummus recipe calibrations to make it unique. Chickpeas are the power element that makes hummus healthy, thanks to being a member of the legume squad. What makes chickpeas so special? Namely its legume power to help regulation of glucose and insulin levels. If you are not diabetic, you may think that does not count for much but what about periodic body maintenance? If you know a delicious snack will contribute to a continued good function of self, it becomes easy to accept the benefits along with cheering on hummus-loving diabetics.
Hummus has for a while made the cut to be featured on the snack table at the football game, study time, even for things like binge-watching and chill. Whatever one’s initial motives were for trying hummus, the health benefits will be included. 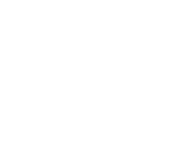